The Wild Posting That Changed The World

The Wild Posting That Changed The World

Steve Jobs and Apple transformed the world of technology in more ways than anyone could have imagined. From the way we listen to music, down to how we see a half-eaten apple.

But as cool as Apple’s products are, it was their marketing that took the world by storm. No ad made a bigger splash than the dancing silhouettes that almost didn’t see the light of day.

In 2003, a former DJ and musician James Vincent and art director Susan Alinsangan met with Steve Jobs and his marketing team to show off their designs for the iPod campaign.

They spread out a variety of wild postings, photographs and billboard examples. Jobs thought some of the photographic stills could work, but noticed his marketing team was fixated on the wild posting of dancing silhouettes. The visionary wasn’t impressed. “It doesn’t show the product,” he said. “Its doesn’t say what it is.”

James Vincent had an idea. What if the silhouettes had a tagline that mentioned the product? Something like, “1,000 Songs in your Pocket.” That satiated Jobs and he gave the thumbs ups to the dancing silhouette campaign, claiming later that the iconic imaginary was all his idea.

The cities around the world were intricate part of the campaign’s success.

Sure, outdoor advertising had been around for years. But the dancing silhouettes invoked a new look and feel that inundated the urban landscape with the idea of the omnipresent iPod mentality.

This idea was most apparent in big spaces, where Apple’s creativity really shined. In the city of brotherly love, a commuter wrote about the astonishing ads on his blog while waiting for his train on the 30th Street station, “There were two of those huge [wall size murals] in the lobby, and on the SEPTA platform they bought every single Viacom billboard. The Amtrak platform was also covered pretty well.”

After posting photos, another writer at AAPL investor.net captured the vivid wild postings with a lot more feel. “Chicago is a music town — hot blues, cool jazz, hard rock and many cultural varieties. So walking the town, where just about every street corner has a bus shelter, you are likely to be joined by colorful dancers groovin’ to their favorite tunes…” 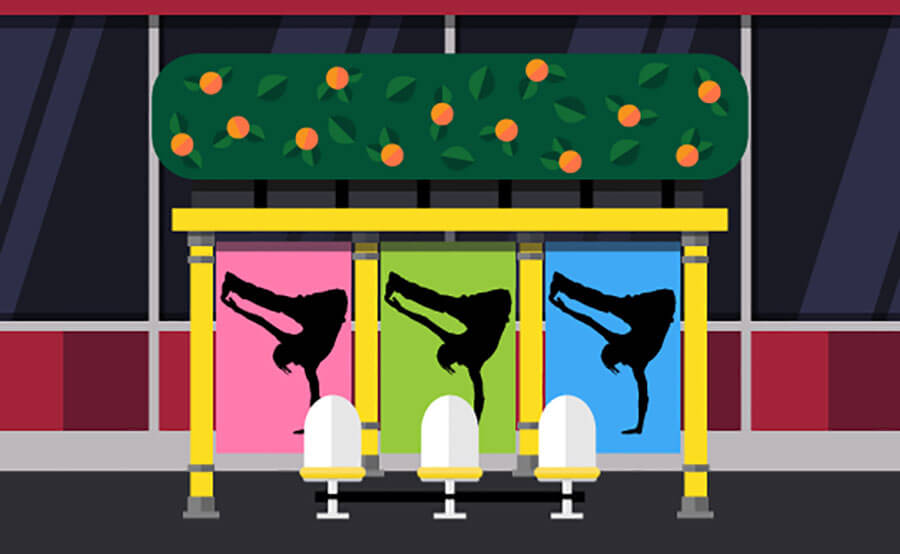 “…In ads so iconic they require no copy more than the Apple iPod logo, we get to enjoy the art. Art that makes a bus shelter or bare wall come alive. Art that makes you smile.”

Without question the dancing silhouettes were a sight to behold. Whether that be through a wild posting or a towering billboard. But lots of things are beautiful, but what was it about this campaign that captured the world’s imagination?

Perhaps that’s why Apple’s dancing silhouettes were so special. A target audience is never universal. There are always a segment of people that a billboard, wild posting etc. doesn’t speak to. But as the old saying goes, there are exceptions to every rule and Susan Alinsangan and James Vincent stumbled upon it. An ad idea for everyone enduring to this day.

With celebrity power on tap, Apple no longer needs a revolutionary ad campaign to move their merchandise. But their legacy lives on through the wild postings and guerrilla marketing of today.