Your movie only has one opening day.

Your band is only performing in that city for a short time.

Your fashion line can only be launched once.

In entertainment marketing, timing is everything.

Cultivating hype and anticipation in a short span of time surrounding the launch of your product is an art.

And all entertainment products have their needs and nuances.

But not all forms of advertisement are created equal.

Some are useful no matter the medium, such as wild postings.

Timing needs a capital “T” when it comes to movies and television.

In our day and age where most movies and tv shows can be streamed on multiple platforms, it’s imperative that visual media of any kind get people talking fast.

And where do people talk the most? While their waiting. 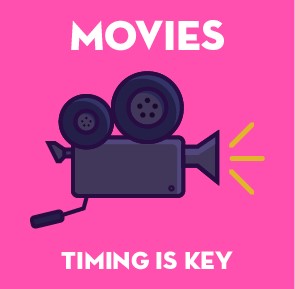 Okay, most people aren’t talking while their waiting anymore. But they are looking for things to do or more importantly share with their friends.

A wild posting could stimulate that conversation: A sci-fi fan could eat up a dynamic image on the latest sci-fi movie while he waits for the subway.

An anime fan would go bonkers over a wild posting highlighting a new series and even documentary imagery could grab the attention of activist trying to make an important meeting.

“Films and TV shows, by their very nature, are content gold mines – a huge privilege when it comes to crafting a powerful content marketing strategy for an upcoming film or TV show launch.” Says Marcus Taylor of Venture Harbor marketing. 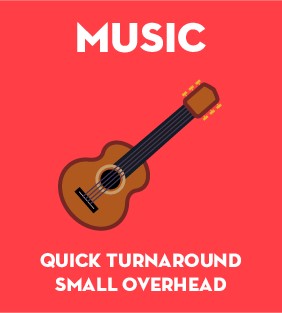 Musicians in all levels of popularity make little money off their album releases.

Most of their income comes through various gigs and appearances.

So, getting as many people to their events as possible is paramount.

To top it off, most musicians don’t have the resources or time to put their name over a billboard or launch commercials in major cities. Their gigs aren’t long enough to justify the cost.

However, a captivating wild posting on a construction site and/or transit station can be put together quickly with a very small overhead.

If the people waiting are fans, they’ll be psyched and grateful for a poster of the dates their band playing in their city.

But even if they’ve never heard of your music, offering a free download of your song or mentioning one of the warm up or main acts they might be fans of could snag their interest. 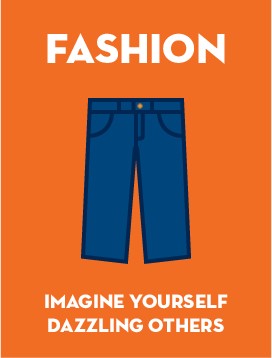 Fashion isn’t like that. Sure, fashion enthusiasts will eat up the latest trends, looks and fabrics until the cows come home, but many outside the world of clothing lines won’t necessarily share the same fascination.

But if something looks amazing and a potential customer can see themselves dazzling others with the same look, it won’t matter if they can’t tell a Louis Vuitton from a Prada.

Nothing captures that fact better than a wild posting.

Other advertisements have a smaller window of consumer’s attention while wild postings are present as long the person is waiting to get where they’re going.

Wild Postings give people time to imagine themselves in the outfits. They’re waiting for transit, so they often have plenty of time to ruminate over dazzling their dream man or woman in their new extravagant look. 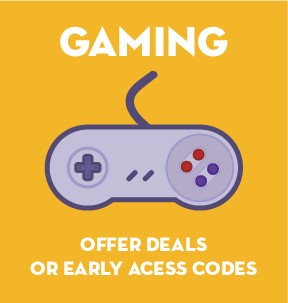 Like music, offering deals or displaying a graphic specifically targeting a certain gaming demographic can be the straw that breaks the camel’s back in game marketing.

A code to gain early access to a game’s beta, an upcoming sale of your game on steam or even just dynamite image with the date of the game’s release could be enough to grab someone on their way to work.

The best part about wild postings is that don’t feel like advertisements. Lots of people check them out to see the cool stuff going on in their areas or the latest attractions they might be in too.

So, before you fork out the big bucks, think a minute on the little ad that could. The low cost, eye-catching and unobtrusive alternative that could elevate your ad campaign.